December 6 is going to be expensive for fans of Warner's animated properties, and we still have one announcement to go (we just posted news on Thundercats).
Lex Luthor. Bizarro. Metallo. Karkull. The universe is filled with villains. And only the Man of Steel can keep them from overthrowing Earth in these 18 action-packed episodes from the Emmy®-winning series! Filled with dynamic storylines, brilliant animation and complex characters, this collection includes the three-part crossover episode World's Finest, in which The Joker teams with Lex Luthor, forcing Batman and Superman into a reluctant partnership to defeat the crazed clown and maniacal billionaire. Fly high with this exciting two-disc set packed with all the thrilling battles that only Superman could win!
Carrying a suggested price of $26.99, this 2 disc release will include the next 18 episodes of Superman: The Animated Series. Special features include commentary on 2 episodes, though we don't know which those are at this time.
_________________
SUPERMAN RETURNS FRANCE 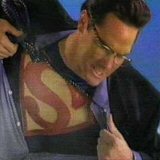 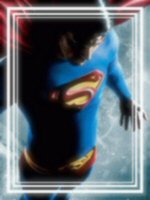